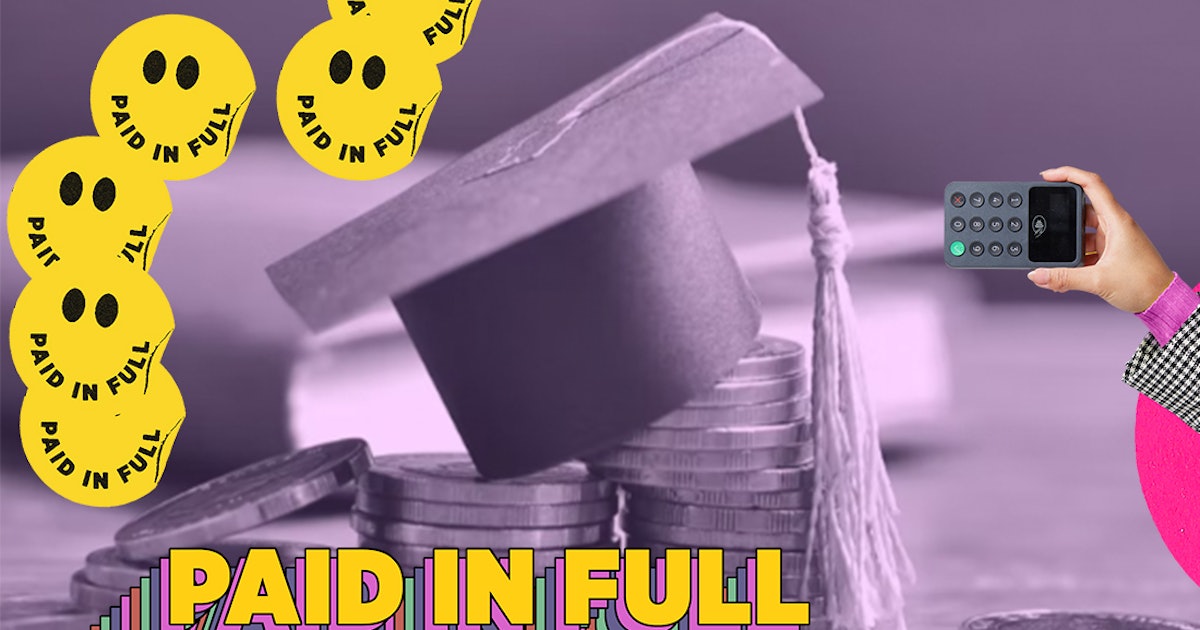 For most of us, debt is a necessary evil. Paying it can be one of the most liberating and empowering achievements in the world, worth celebrating. Mic’s series fully paid tells the stories of those triumphs and might help you understand how to achieve zero balance as well.

How long did it take to repay: 1 year

I knew that with a college education, I would be in a better position to get a great job, build generational wealth, and have a better life in general. So the decision to go into debt was easy. However, student loan debt is a significant financial burden for most people, myself included, and dealing with it requires many sacrifices. Among other things, I refinanced my private student loan, lived with roommates, took public transportation instead of buying a car, and limited my dining out. Now I just hope my federal loans – about $70,000 – are forgiven!

I am currently in the Public Service Loan Forgiveness Program (PSLF). Under the PSLF program, people who work in the public service and make 120 qualifying monthly payments can potentially get their loan forgiven. However, the program has been in the news lately as it was riddled with issues and recently needed an overhaul, so as long as the program works as expected, I should get most of it.

I didn’t know my birth parents growing up, but I knew they didn’t have a lot of money. I was also adopted by a family that was not financially wealthy. I knew what it felt like to have no money, and I never wanted to experience that as an adult. Knowing what it was like to not have a lot of money made me want to build generational wealth as an adult. My goal is to make sure that my future children will never have to feel what I felt growing up, that my family and those who raised me can live a comfortable life, and that I give money back to my community.

My first private student loan provider was Sallie Mae. It was for around $14,000, and it was manageable at first. However, it was a variable rate and increased dramatically until I was paying hundreds of dollars a month without touching the principal amount. When I refinanced my private student loan with SoFi for $12,000, I was determined to pay it off as quickly as possible. I ended up paying it back in about a year! SoFi made it easy because the interest rate was so low and I was able to apply funds to the principal amount.

The event that made me rethink my financial situation was when my variable interest rate private loan from Sallie Mae went down to about 9%, and I knew I had to do something. The extra money I was paying for the loans didn’t make a difference. I started getting letters in the mail about refinancing from a few places; I decided to do some research and found SoFi.

I decided to pay off my loan because I wanted to start a business, buy a house, and build a legacy. The only way I could do that was to get my money first, so I refinanced my student loans. The next step was to learn the business side of things. It took a long time and I had another job – I still am – but in 2020 I had this “now or never” feeling. Either you are going to start your business now or you never will. When I started my business, LipRevolt, that year, I was scared because of everything that was going on: a lot of people were out of work and my fiancé was laid off. It wasn’t just the pandemic either. There were so many racial conflicts; we had racial protests and demonstrations. At some point, you’re fed up with oppression, racism, injustice, and you realize you have to do something. I can’t fix everything with lipstick, but I can try to do my part. Sometimes I had this feeling in my head, “Is this going to work?” The self-doubt was real, but then I remembered why I started in the first place.

To repay my loans, I moved in with my fiancé’s parents. I had a strict budget, I took public transport, I didn’t eat in restaurants, I prepared the meals. Since paying off my loans, I have been able to start my business, buy a house, and feel emotionally better about my financial situation. I also paid for part of a wedding!