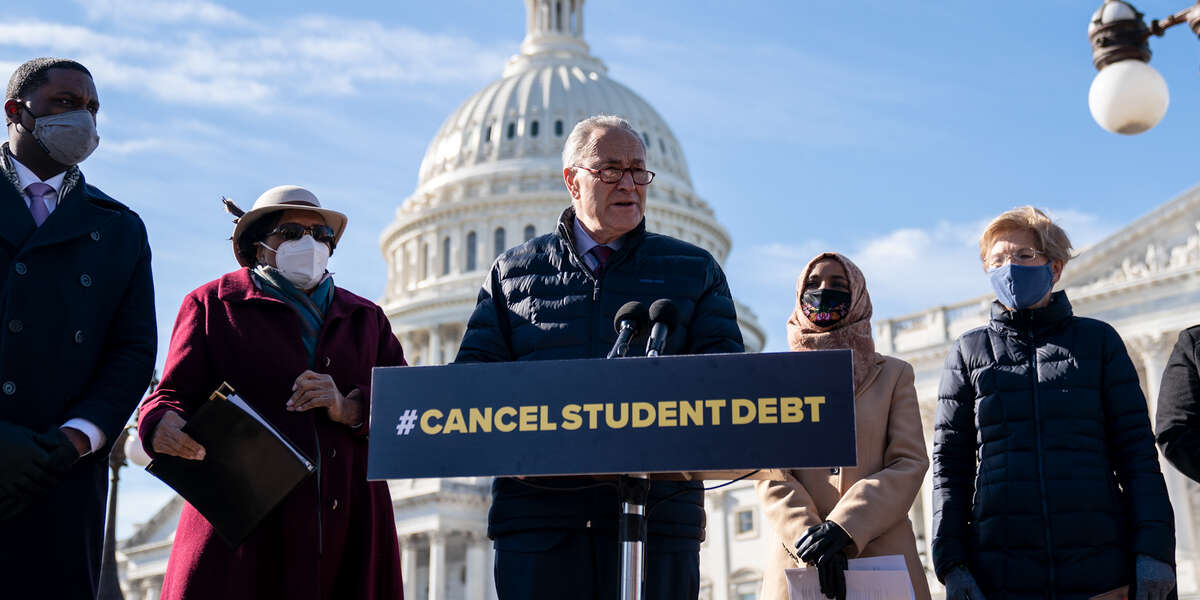 The History of Student Loan Debt

The student loan crisis is a hot topic of conversation in Washington as student debt is felt by many of us, 45 million of us to be exact, totaling $1.6 trillion in debt. We often break our pink piggy bank that says student loan on it, in an effort to pay off our debts. But sometimes we fail and they follow us wherever we go.

So how did we get here?

The history of student loans

To fully understand student loans, you have to go back and find out where they came from. So I interviewed Melanie Lockert. Lockert is an award-winning author who overcame $81,000 in student debt.

Locker“Although student loans were originally created as part of the National Defense Act, there was this idea that we have to become an educated society and we can create student loans as part of that. . Later, Lyndon B. Johnson created the Student Loans Higher Education Act in 1965 to make it more accessible to everyone. There have been many different changes in the student loan landscape since then.

There certainly were. In the 1970s, Richard Nixon created Sallie Mae in response to the strong demand for higher education. The program used US Treasury money to buy government-backed student loans from banks, so they could lend more. But in 2004, Sallie Mae went privatized, meaning it can now provide non-federally guaranteed student loans and carry much higher interest rates. Soon a host of other private lending companies followed suit, which brings us to where we are today.

Locker“You know, there’s always a recommendation that you should take out federal student loans first, because they offer strong and generous benefits to borrowers. They have fixed interest rates, they have repayments based on Income.

But federal loans have lower limits than private loans. Undergraduates can only borrow up to $12,500 per year and $57,500 in total. However, the average tuition cost is $35,720 per year. Getting federal loans can be like getting a $25 gift card at Prada, which is why you’ll need another gift card.

Why Private Student Loans Are Bad For You

That’s where these private loans come in. You’ll typically use them to cover federal loans that couldn’t. They are a bit of a last resort, given their aggressive repayment plan and fees. The amount you can borrow varies by lender. But generally, you cannot withdraw more than the full cost of attending your school. Interest rates on private loans are much higher and start accumulating immediately and don’t stop until they are fully paid off. And among the loans there is an even wider range of loans.

Thus, for subsidized loans, you must demonstrate financial need. There are lower limits for borrowers and the interest is paid by the Ministry of Education. For unsubsidized loans, you do not need to demonstrate financial need. There are higher limits for borrowers, but the interest accrues while you are enrolled and you must pay it back.

Locker“And so if you, you know, make a payment of $500 or even $900, but $300 of that goes to interest, you won’t have a lot of money for your main balance. And all that that you don’t pay in interest is capitalized to your main balance, which means it’s added to the main balance and so you’re basically paying interest on the interest, that’s why you see these situations where student loans bloat, they come up with insane amounts, and it seems impossible to get ahead.

The chilling cocktail of private lenders giving institutions reason to raise tuition fees, mixed with salaries that have remained relatively stagnant over the years, is a big part of why moving forward is so impossible. In 1978, it was possible to earn enough money to spend a year in college by working a summer job that paid minimum wage. Today, it would take an entire year for a minimum-wage employee to cover annual in-state tuition at a public university.

I’m never gonna pay off those fucking loans, am I?

Locker“As we’ve seen over the last 10, 20 years, tuition fees have skyrocketed way more than inflation, way more than other sectors and so we’ve created this bubble in which we’re find right now when ideally student loans were going to help people pay for their education and you can get a great job and graduate and pay it back but we’ve created kind of an unsustainable situation with student loans on the student loan market.

This unsustainable situation has pushed an average of 15% of student loans into default, meaning they will become delinquent.

Locker: “After 270 days, and therefore, at the time you are in default, your loans will become due immediately. And the government has several different ways of trying to achieve this. Thus, they can seize your wages up to 15% and they can also seize your social contributions
security payments.

But if you can’t repay your private student loans –

Locker“It’s a bit of a different process. Your lender could possibly sue you. And apart from all that, your credit is going to crash. Thus, your credit score will go to the ground. And while it may not seem so important, your credit score is used to get approved for an apartment, for a mortgage, for a car loan.

And sadly, marginalized communities feel the brunt of these consequences more than anyone. 2019 data from the New York Federal Reserve indicates that the default rate for black students is now around 17.7%, compared to 9% for white students. This is due to a number of factors, including discrimination in the job market which contributes to black graduates getting a significantly lower return on investment on their degree.

Locker“Many of you know of communities of color that have higher rates of student loan underwriting. There’s also a higher default rate. And I think that has a lot to do with everything we’re seeing else. So there’s the generational wealth gap. There’s the racial wealth gap. So, you know, if people of color are already earning less, you know they’re not passing on as much wealth They won’t have as much money to pay for their education.

All hope is not lost

As student debt impacts the economy, makes planning for retirement more difficult and worsens existing inequalities, all hope is not lost.

For the first time in recent history, student loan debt and help for borrowers were discussed in Washington. And we could be closer to some type of student loan forgiveness than we have ever been before. But talking is cheap, and student loans aren’t. So what do we do?

The onus is not on the borrower to fix the problem. It’s up to the job market to change their outdated ideas about what qualifies a person for a job. It is up to the government to put in place legislation to protect borrowers and strive to link a school’s finances to the results of its students.

Until American society unsubscribes from the school of thought that higher education is a commodity, demand will continue to rise, and so will our debt.